Playing your favorite titles is more than just a popular pastime as the gaming industry has grown into a $300 billion global industry. More and more people are generating significant revenue from what was once considered a hobby at best, if not a waste of time. The advent of “play-to-earn,” which integrates cryptocurrencies and blockchain dynamics, offers even more people the opportunity to earn an income.

How To Make Money With Blockchain Games?

For some, this can be a lucrative second source of income in addition to their regular employment. Those who understand the blockchain gaming sector well enough can even earn enough to live off of it, often with nothing more than an internet-connected device and a few hours of free time each day. However, there are several ways to earn a living. The possibilities are almost endless. Here are ten ways to make extra money playing games – or possibly start a new career.

The first option is obvious: jump into your favorite blockchain games, have fun, and earn some of the crypto tokens they offer in-game on the side! The emphasis here is on “having fun.” Any money you win in the process is a bonus. The advantage of this approach is that you’ll learn as you go, and if you’re having fun with it, you won’t feel pressured or think of it as a “job.” Upon gaining experience, you may be able to move on to higher-paying positions. Not sure where to start?

Once you know what you’re doing and have reached a good level in the suitable game, you can look for contests and tournaments that offer prizes in addition to the tokens you earn while playing. Some are small, informal events, and some are large international competitions. There are also regular tournaments, fights, and competitions in the game, and you may be able to get access to more lucrative opportunities when you reach a certain level.

Depending on the game, the longer you play, and the more you develop your character (usually represented by an NFT), the greater you’re earning potential. Experienced characters can participate in higher stakes battles, for example. This process takes time, of course. Fortunately, there is a shortcut. You can often borrow valuable NFTs from other users in exchange for a portion of the income you earn from them – a so-called “stipend.” (You can request this on LaborX).

If you are so committed that you have developed an NFT to the point where it is valuable, then you have the option of lending it out and earning passive income through a stipend. You may be able to do this securely on some platforms (such as LaborX) so that you will not be required to transfer ownership of the assets to another blockchain wallet. It is a great way to monetize assets in games you don’t play that often anymore, significantly if you’ve already invested a lot of time in them.

There are usually built-in marketplaces where users can trade NFTs within “play-to-earn Crypto games. If you have a valuable character or an NFT for a coveted piece of equipment, you can also quickly sell them on the secondary market. So this is a convenient way to convert unneeded assets into cash, which users can use to buy NFTs they need or hold or withdraw as cryptocurrency to pay their bills.

If a member of Twitch or similar platforms, there are other ways to earn money besides the tokens you get from progressing in various games. While it can be hard work to build an audience, there’s nothing wrong with using your existing fans to create another revenue stream – and help others learn about the best games.

Initiatives like Crypto Gaming United allow players to pool resources, learn, find the best games, and earn additional income through platform-generated tokens when they help others. It’s a win-win situation because the idea is to generate shared income for the community by increasing everyone’s earning potential. There are also opportunities outside of the games, as bonuses for various activities promote the community. Once you receive your rewards, you can use them to generate passive income by getting a share of the revenue that everyone generates together.

8. Get Involved in the Development

Most of us love just playing games, and the release of an exciting new title is something we look forward to with a mixture of anticipation and frustration. However, this can be a golden window you can use to your advantage. Developers often need testers and feedback to improve the game in the weeks and months leading up to release. Since blockchain games are often crowdfunded, there are usually large communities on Discord or other social media many months before release, allowing you to participate in various methods. Take part in the team, ask questions, and find out what positions and rewards are available.

While these are the most significant methods to make money with blockchain games, there are more as the play-to-earn market proliferates and offers new opportunities every week. CGU tracks the market and screens players to match the best games to the right people and maximize earning opportunities.

Summary of Ways to Make Money With Blockchain Games

Admittedly, this is easier said than done. However, if you have some experience in game development and can assemble a good team, why not try it? Why not create your own if you don’t just want to make money with existing blockchain games?

The blockchain games market is still young and full of opportunities, unlike the mobile games market, which is known for being oversaturated. 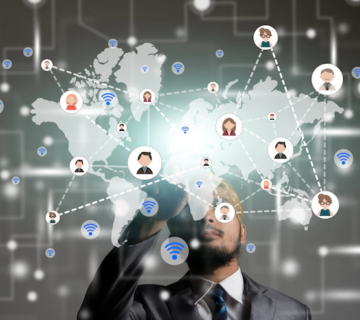 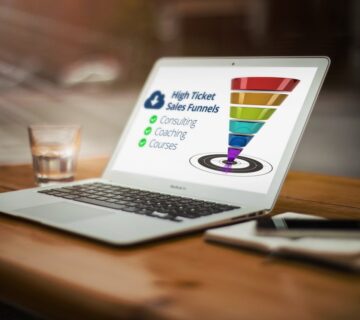